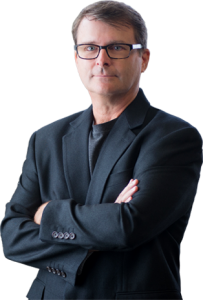 Scott W. Gonnello is the Chief Executive Officer of Lionfish Central, Inc. Scott’s life work and experience with aquatics and technology has led him to his current role supporting efforts to reduce invasive lionfish populations threatening our waters. Self employed since the early 1980s, Scott is uniquely qualified to find solutions on a grand scale and is backed by his team to accomplish the mission and vision of Lionfish Central, Inc.

An avid lover of ocean and sea life with an entrepreneurial spirit, Scott started scuba diving at the age of 17 and began his career owning a pet store at the age of 19. After selling his store, Scott started a fish tank cleaning business and opened an aquarium store. While operating his aquarium store, Scott continued to enjoy diving and collecting fish in the Florida Keys for his aquarium business. Scott served on the board of a large Chamber of Commerce for 10 years, starting and chairing a micro-business committee.

Recognizing and finding solutions for his aquarium  businesses, Scott invented a saltwater aquarium filter and received a Mechanical Patent on it. It provided exceptionally  cleaner tanks and oxygen rich environment for healthier salt water fish.  He likewise designed and built large scale filters for restaurants and even a traveling aquarium show. Being equally committed to innovative and practical technology solutions, Scott developed software to run an aquarium maintenance/rental business.

After selling his aquarium business, Scott moved into business consulting and public speaking. Scott wrote his first book Climbing the Food Chain, and spoke around the world on various business topics. As a part of his consulting, Scott started in web development and then moved into the SEO world. Scott used his knowledge and natural abilities in SEO to write his second book entitled Common SEO Mistakes. He also developed software for various businesses and entertainment agencies. During his career, Scott has worked with clients from around the world and is considered one of the best SEO consultants in the United States.

Scott’s lifetime of entrepreneurship gives him the well rounded experience necessary to work and thrive in any economy. He has a proven track record of having solutions for any challenge presented. Scott’s life work has prepared him for his role at Lionfish Central, Inc. and the challenges presented with efforts to control exploding lionfish populations. In everything he does, Scott ensures that the organizations and individuals committed to the fight against invasive lionfish are guided to the right solutions for challenging issues.

This website uses cookies to improve your experience while you navigate through the website. Out of these, the cookies that are categorized as necessary are stored on your browser as they are essential for the working of basic functionalities of the website. We also use third-party cookies that help us analyze and understand how you use this website. These cookies will be stored in your browser only with your consent. You also have the option to opt-out of these cookies. But opting out of some of these cookies may affect your browsing experience.
Necessary Always Enabled
Necessary cookies are absolutely essential for the website to function properly. This category only includes cookies that ensures basic functionalities and security features of the website. These cookies do not store any personal information.
Non-necessary
Any cookies that may not be particularly necessary for the website to function and is used specifically to collect user personal data via analytics, ads, other embedded contents are termed as non-necessary cookies. It is mandatory to procure user consent prior to running these cookies on your website.
SAVE & ACCEPT